For users of e-cigarettes, wholesale sellers of e-liquids and people who have used electronic cigarettes to stop smoking, this isn’t news but a report from the New England Journal of Medicine have confirmed it. E-cigarettes are ‘twice as effective’ as other nicotine replacement therapies when it comes to helping people to stop smoking.

One of the reasons that some doctors were hesitant to recommend that their patients vape instead of smoke is a lack of clinical trials around the subject. Now there is a study and the results are no surprise to those in the industry.

In the trial, almost 900 people who were trying to stop smoking were randomly assigned one of two approaches. One with nicotine replacement therapy (NRT), a mixture of nicotine patches and medication with gum, an inhaler or mouth spray. The other group were given a refillable e-cigarette, one or two bottles of e-liquid and lessons on how to use it. They could buy more supplies of their choice in flavours or strengths they liked. Both groups received weekly face to face support for the first four weeks.

One of the problems that heavy smokers report when quitting is that they often feel miserable, experience low mood, irritability and the urge to smoke. The group given the e-cigarettes experienced fewer of these symptoms than the NRT. They also found e-cigarettes more helpful and satisfying though neither group said it was quite as satisfying as cigarettes.

By the end of the trial, nearly twice as many people had given up cigarettes for the whole period versus the NRT group.

The study noted that both groups used their treatment every day, but some differences emerged. Over time, 40% of the vaping group were still vaping one year on while only 4% of the NRT group was still using the treatment. Of those not smoking within one year of the trial, 80% were using e-cigarettes and only 9% were using NRT.

From those who didn’t manage to quit, there were some in each group who cut back their smoking although the proportion was higher in the vaping group than the NRT group (13% versus 7%).

Vapers still retain their exposure to nicotine,but studies have already shown that this isn’t where the health risk comes from when you smoke. Instead, the health risks come from the combustion chemical released when burning tobacco. People who use nicotine without tobacco seem to suffer almost none of the negative health effects that smokers experience.

The New England Journal of Medicine is continuing to study people in the clinical trial and also to conduct more tests and trials on e-cigarettes. But they are already happy to say that it is twice as effective in helping people stop smoking tobacco cigarettes than nicotine replacement therapy and that people who vape have much lower chances of any of the smoking-related health risks than those who smoke traditional tobacco cigarettes. Ongoing studies continue around the world. 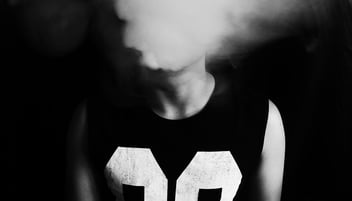 The benefits of using electronic cigarettes to help stop smoking tobacco cigarettes are something...