As more people than ever use electronic cigarettes as a way to stop smoking, more companies than ever are offering e-liquid products for sale or wholesale. But a problem from Australia shows that it is also important to buy from reputable, reliable sources both as consumers and as stockists as nicotine-free e-liquids were found to contain nicotine.

Why Use Nicotine Free E-Liquids?

One of the reasons that people return to smoking is the need for nicotine. But another reason is that they replace the urge to smoke a cigarette with a vape session to help combat the habit. Often when people use an e-cigarette in this way, they have moved past the need for nicotine and use a nicotine-free e-liquid. This allows them to mimic the action of smoking but without any of the harmful toxins from cigarettes or even with any of the nicotine.

But a recent report from Australia shows the importance of using a top-quality supplier for your e-liquids, especially as a seller. That’s because a series of nicotine-free liquids were found to contain the addictive substance.

A report from Australian investigators found that of the 10 varieties of nicotine-free e-liquids for sale in the country, six of them did actually contain nicotine. These were available both online and over the counter at suppliers around the country. They were found to contain 2-chlorophenol, one of the most toxic types of nicotine that is usually found in insecticides and disinfectants.

In Australia there are some rules about the same of e-liquids and the same of liquid nicotine is illegal. But people buying a nicotine-free product would not expect to find any nicotine, let alone some of the most toxic varieties.  This substance is a dermal irritant – in other words, it can irritate the throat and respiratory tract when inhaled.

Here in the UK, we have more comprehensive rules regarding e-liquids. There were new rules brought into force in May 2016 that ensured a minimum standard for the safety and quality of all e-cigarettes and also for e-liquids. There were also rules about the information provided with the products to ensure customers were informed about what they are buying.

Further restrictions were added in May 2017 that restricted the tanks of e-cigarette to no more and 2ml capacity and for the maximum volume of nicotine-containing e-liquids to a 10ml refill container. Restrictions were also placed on the strength of nicotine allow with no more than 20 mg/ml allowed.

Why The Supplier Matters

So what does all of this mean for suppliers and consumers? For starters, as consumers, it highlights that it is best to buy products from British suppliers. This shows that standards will be in line with the UK rules and the quality of the product is guaranteed.

Also is it is important as a supplier to make sure you source products from reliable wholesale companies here in the UK who have paperwork to show the quality of their products. These products you and your customers from poor quality or misleading products available outside the UK. 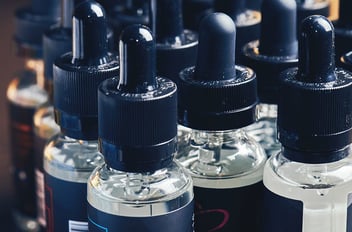 What Is A Shortfill E-Liquid, Should You Use It?

Shortfill e-liquids are something that you can find at many stores and wholesale suppliers – they... 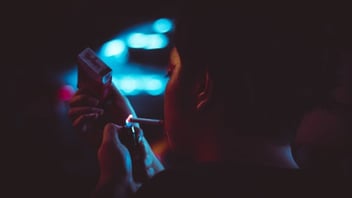 Nicotine Salts – What Are They And How Do They Work?

When you work in the e-liquid industry, you realise that there are always lots of changes. New... 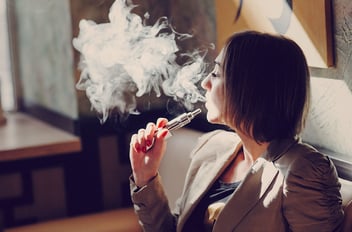