Rolling Stone is one of the most recognisable brands in the magazine world and has been a part of life in America and around the world since it was launched in 1967. With its focus on popular culture, the magazine has never been shy to have a standpoint on the major issues that affect our daily lives. In its latest article, the magazine looks at the subject of e-liquids.

The article showcases one of the examples of new companies that have been born since the vaping industry came into being. Daniel Walsh was the classic smoker – worked long hours, managed complicated and demanding projects but was totally unable to quit smoking, no matter what he tried. When he discovered e-cigarettes, he was so impressed by their potential as a stop-smoking tool that he left his job working on artificial intelligence and opened Purebacco, a flavoured, nicotine-laced e-liquid manufacturer.

Since then, the company continues to grow and now employs 30 people in san Francisco and London while planning new 40,000 square foot headquarters. Purebacco is used in the article as an example of the kind of company that has emerged with the popularity of vaping, which in the US is now estimated to be a $3.5 billion industry. And Walsh quit smoking, thanks to the kind of products he now produces.

Rolling Stone also looked at the review by health officials in the UK released in August 2015 that reviewed the whole e-cigarette process. It concluded that it was 95% safer to smoke e-cigarettes than normal tobacco products and decided that the products could potentially ‘make a significant contribution to ending the widespread use of tobacco.

Yet in the US, as the article points out, e-cigarettes are regarded as a menace and have the same kinds of restrictions placed on them that tobacco cigarettes have, despite an acknowledgement that they contain no tobacco. Anti-smoking campaigns appear to have created an impression of the two products being much the same as well as focusing on sensational headlines such as exploding devices and vaping be ‘worse than smoking’.

In the US, Rolling Stone said, the big concern is that the so-called ‘big tobacco’ companies could get involved in the e-cigarette market and use it to somehow undermine the way the products can be used. In fact, studies have shown that the number of people who believe that e-cigarettes are safe has actually fallen in recent times, despite the studies, with 63% of people now thinking them safe, compared to 84% in 2010.

However, the nature of the US legal system means that despite efforts to make e-cigarettes illegal or to swamp them under tobacco associations, the products are still legal and available and still appear to be helping some people stop smoking. While long term studies continue, the article highlights that many businesses producing e-liquids in the country live on a constant knife-edge where their right to exist could vanish at any day and they are left uncertain as to what the future holds for them. 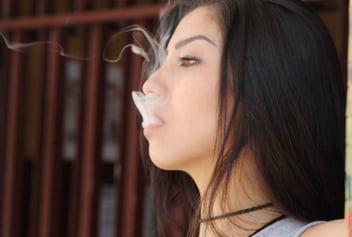 How Has Vaping Changed The Smoking Culture?

Smoking culture and the view of people smoking has long been an issue of consideration both by...

The growth of e-liquids and e-cigarettes has continued to be a strong one and recent figures say... 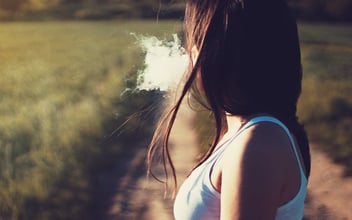 The State of Vaping: The Latest Figures

As an e-liquid wholesale company, we are always interested to know what the latest trends and news...