Vaping e-liquids has become a vital way for many people to stop smoking traditional tobacco products and there are said to be some 2 million people in the UK who use the products.  Recently, public Health UK recognised that these products could help people kick the traditional smoking habit yet new EU regulations seem to limit their use further than ever before.  So where can you vape e-liquids and where is it banned?

At the moment, there are no hard and fast rules about vaping e-liquids in pubs and restaurants.  However, some big chains have decided to ban it outright. These include Weatherspoon’s, KFC, Starbucks and Caffe Nero. Other independent businesses or small chains have the ability to set their own policy so if in doubt, ask staff if you are allowed to use e-cigarettes.

The position is somewhat similar when it comes to public transport. For example, the following rail companies have banned vaping on their trains:

On the other hand, Southeastern Trains have said they are happy for people to vape e-liquids on both their trains and on the platforms that they operate around the region.

Bus and coach operate have varying policies, with examples such as London buses, who ban their use. National Express have taken it further and anyone caught using e-cigarettes on board will be removed from the bus and not offered a refund on their ticket!

With airports, there is a near blanket ban across the 10 biggest airports in the country, including Manchester, London Gatwick, Stanstead and Luton, Newcastle, Edinburgh and Glasgow. Heathrow has made a concession and has a dedicated area for using e-liquids in Terminal 4 but otherwise, it is banned.

Vaping on airlines is also a complicated business with most companies allow e-cigarettes to be carried in luggage but not always used on planes. For example, Virgin Atlantic specify you can carry them on board but you can’t use them. British Airways sell e-cigarettes on the plane in some destinations but whether you can use them or not is a little uncertain. Ryanair bans e-cigarettes onboard but provides smokeless cigarettes that they sell on flights and can be used during the journey.

These examples show that the whole approach to vaping e-liquid is very varied. Many businesses have taken the position of banning e-cigarettes from their premises, examples being Shell, the BBC and BAE Systems. Others, such as Conde Nast have differentiated them from tobacco cigarettes and don’t stop employees from using them. If you are in doubt about your employer’s policy, then get in touch with your HR department or line manager.

Hospitals generally discourage vaping inside the building and encourage people to use them outside smoking areas. Sports stadiums have largely banned the use of e-cigarettes, with the notable exception of Burnley FC who have made several vaping zones for fans to use while attending their matches. 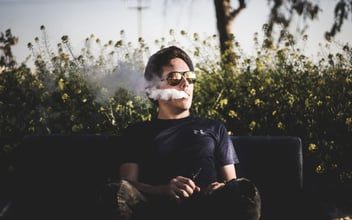 As more and more people use electronic cigarettes to help them stop smoking and get away from... 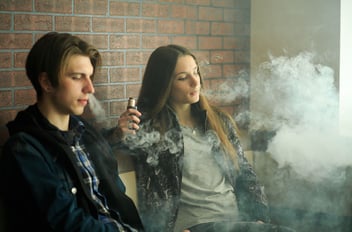